Tourism in France is the land of dreams, lights, history, and culture, the dream that everyone had. Who among us did not wish to visit the landmarks of France that inhabit human memory as if they had come out of a magician’s hat to be the cultural center of Europe and the world at large.

It sits on the throne of global tourism with the number of its visitors, which amounts to 89 million tourists annually, and is decorated with about 1,200 historical and art museums, and more than 1,500 tourist places open throughout the country, which gives a special character to the places of tourism in beautiful France, in addition to a countless number of areas The charming nature and picturesque beaches, to represent one of the unique and unrepeatable tourist experiences and here are the best places to visit in France.

10 Best Places to Visit in France

Tourism in France, the country of dreams, is not considered a monopoly of a particular group. Just as it is the center of culture and art in the world, where no artist or writer was previously considered to have visited France, it is also the first place that preoccupies the minds of travel and tourism enthusiasts, as it is a destination of relaxation and holidays are the most distinguished among many categories, not to mention that it contains 38 sites included by UNESCO on its list of World Heritage sites.

Tourism in France includes many world-renowned cities, where the landmarks of France are distinguished by their special and distinctive nature, which attracts different types of tourists, and among those famous French cities we will find:

The French capital, Paris, or as it is known worldwide as the City of Light. It is a city rich in definition, how many novels and books narrated about it and its events took place on its land, enjoying many world-renowned landmarks, such as the Eiffel Tower, the Champs-Élysées Street, the Louvre Museum, the Arc de Triomphe, and many, many others. so whoever has not visited Paris from among the tourism enthusiasts in the world, there is no tourism For him, as it is not only one of the most famous places of tourism in France, but is the mother of tourism on earth.

Lyon is located in the east of central France and is considered the capital of the Rhône-Alpes region and the Rhone region. The city is characterized by its long and distinguished history, as it includes many of France’s landmarks and monuments, spreading the character of ancient historical architecture, and is the third-largest city in France, as it represents one of the most important economic centers in French.

The city is famous for its celebrations of lights, which extend for four consecutive days, where candle lights spread in the city and on windows and balconies, in one of the most romantic and private scenes in the world. Marseille is one of the oldest European cities of all and the second-largest French city. It is the most important port of France and its main center on the shores of the Mediterranean. The city is famous for its major cultural centers, as well as for its charming medieval architecture, which makes it enjoy many tourist places in France that are unparalleled anywhere else in the world. The charming city of Nice is located in the south of France, with its coastline stretching to the Mediterranean. The French city is the fifth in importance because it contains more than 150 water springs, most of its water collects in quiet and small lakes. The city also includes the second-largest French airport, which The flight time between him and Paris is about an hour.

Nice is one of the important tourist centers in France. It is characterized by many places, attractions, and charming beaches, in addition to a group of world-renowned hotels, which represents an attraction for a large number of tourists annually. This distinctive city is located in eastern France and is considered the highest French city ever, as it is surrounded on all sides by the Alps mountain ranges, and embraces the highest mountain peaks ever, which is known as the summit (Mont Blanc), with a height of about 4810 meters.

Chamonix is ​​the most famous ski resort, as it was the first venue for the Winter Olympics in 1924 AD. In winter, skiers from all over the world come to these most exciting and challenging slopes in all of Europe, while Chamonix during the summer is a center for those who want to climb the Alps, which gives another dimension. For the meaning of tourism in France. The French city of Cannes was nothing but a small village in which fishermen lived, and this continued until the nineteenth century, until it became one of the most important and prominent cities in the world, thanks to its International Film Festival, which the world awaits every year. The city is characterized by its charming coastline and picturesque nature, as well as its mild climate, and is now considered one of the most luxurious French cities at all. Strasbourg is located in the border region between France and Germany and is considered the capital of the province of Alsace. It is also of special European importance because it contains the seat of the European Parliament, the European Court of Human Rights, in addition to many other important institutions. It is a cultural, historical, and political center of great international fame and prestige. Montpellier is a city in southern France that is home to just over 280,000 people. It’s considered one of the country’s most important university towns and is also known for its beautiful architecture and lively nightlife. Some of the city’s most popular attractions include the Place de la Comedie, the Montpellier Zoo, and the Basilique Saint-Pierre. Saint-Tropez is a commune in the Var department in the Provence-Alpes-Côte d’Azur region in southeastern France. It is also the name of the town that is situated within the commune, on the French Riviera. The town was built on the ruins of an ancient Phocaean city, which was destroyed by pirates in 562 AD. In 961, Saint Tryphon was martyred in Tropez and his remains were interred in a sarcophagus which became a site of pilgrimage. Dijon is a city located in eastern France. It is the capital of the Burgundy region. The city has a population of just over 150,000 people. Dijon is known for its mustard, which is produced in the area. The city also has a number of historic churches and buildings, including the Ducal Palace. In conclusion, I would recommend that anyone looking into visiting France, should put each of these 10 destinations on their list. These are the top tourist locations in the country, and they are all unique and beautiful in their own way. The French coast has plenty of seaside towns for you to explore, while the mountains are waiting for skiers in winter. There are also lovely valleys with quaint villages and historic chateaux. Many towns still hold annual fairs with traditional crafts like tapestry weaving and embroidery. 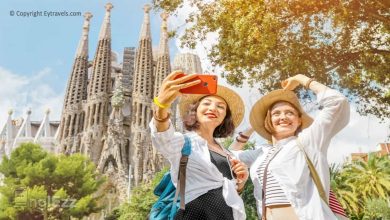 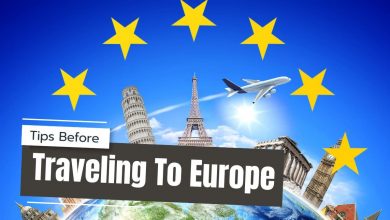 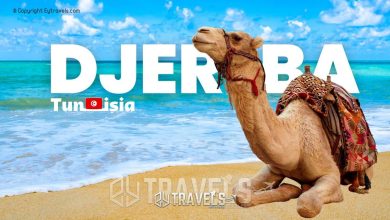